To celebrate the release of my debut comic book 'Ouroboros', I'll be signing copies of it at the Here Gallery in Bristol from 7.30pm-9pm on Tuesday 2nd March. The Here Gallery will have copies of 'Ouroboros' for sale so come along for a few glasses of wine and a warm atmosphere, your more than welcome. PS - Bring your hip flasks!
Posted by Ben Newman at Monday, February 22, 2010 1 comment:

A big Thank you to Jorge Alderete fo asking me to take part in Pinatarama at the Vertigo Gallery in Mexico. Here is the press blurb for the show.

The piñata’s associated with the Latino culture, but historians point to Asia (especially China) as its actual point of origin. It’s supposed that the famous traveler Marco Polo’s visit to that nation, he saw how the Chinese created colorful animal figures covered with paper, which is hung with ornaments, and were used in the New Year celebrations. As a good observer, Polo brought Europe the idea of these early piñatas. Although housed in various regions of their religious significance, today, is considered a symbol of fun and entertainment.

Between contemporary design of characters and this popular tradition the project aims to let ourselves be surprised by the unexpected results arising from the interpretation of these characters by Mexican artisans who made them. And give the viewer a particular facility where the 30 piñatas “design” reflect the contemporary look of mixtures, juxtaposition and appropriation, in this case an object culturally ingrained in Latin America. Mexican artisans Ricardo Linares and Lorenzo García will be constructing the piñatas based on the designs of 25 worldwide artists including Cupco, Cecy Meade, Apak, S.britt, Snaggs, Tado, David Gamez, Gaston Caba, Sonni, and many more!
Who is that dapper sea creature? It's the Mr Fish Dude Piñata!

Here is a picture of more of the Pinatas. Go to nfgraphics to see a whole host of great photos of the show.

Also, I recently set up a facebook page so feel free to join up here for sneak previews of projects before I post them on this blog.
Posted by Ben Newman at Tuesday, February 16, 2010 1 comment:

I am very pleased to announce the release of my debut comic book, Ouroboros, which has been published by the super kind folk at Nobrow. The book is printed in three spot colours on an off-white Munken paper and is retailing for £8.50. You can buy it now from the Nobrow website and the first 40 people to buy this regaling tale of utter futility will receive a signed copy for no extra charge! Still need convincing? Well, read this insightful review by Bobby Jewel to help make up your mind.
Inspired by the mythical serpent Ouroboros, Ben Newman brings the reader on a tale of action and adventure that juxtaposes brutal violence with ecstatic comic exuberance. Where our protagonist fights a band of rogue, thuggish, drug peddling perverts after they murder his newly beloved mermaid.
Brought to life in a world of Newman's trademark bold style and visually arresting use of colour and timing; Newman plays with the theme of life, death and rebirth across 24 pages of vivid and original story telling. As described in the book, Ouroboros ‘is that which is forever done, but which may not be undone, it is life and death intertwined. Both chicken and the egg... but also Sunday dinner'.
Here are some sample pictures that Nobrow have taken for you, dear reader, to enjoy. Hubba hubba!

For those of you in Bristol, you'll be able to purchase 'Ouroboros' from the Here Gallery on Stokes Croft Road, where I'll be signing copies from 7.30pm until 9pm on the 2nd March. So come along and say hi!
Posted by Ben Newman at Wednesday, February 10, 2010 4 comments:

Porporpeius at The Museum of Small Things 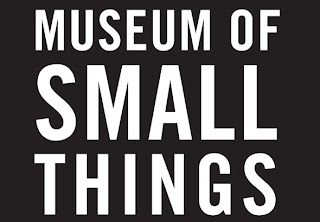 Opening from the 5th February until the 7th March, 'The Museum of Small Things' is being held at Ultralounge inside Selfridges, London, and it is one hell of a show. Here is the skinny on the exhibition.

The Museum of Small Things will inspire visitors to open wide their eyes and to slowly look, and then look again, at the world they inhabit. M.O.S.T. will house priceless gems too subtle to compete with the show-stopping technology of the modern world. Modest masterpieces under-valued in cultures where biggest is better and mega, if achievable, is best, will be centre-stage. The variety on display in this museum will dynamically demonstrate how the lines between all forms of visual expression have become blurred. Exhibits range across images, objects, moving pictures, ideas, detritus and treasures.
I was asked to design a Deity mask that would be built for the exhibition by the extremely talented Felix Wentworth. Here is Porporpeius himself, the drug addled half-brother of Neptune, god of water and air, bodiless and pathetic!

Here is the legend of Porporpeius.

One of the little-known God Deitys of water and air is Porporpeius, who you may remember from his booming music career during the Blues revival of the 1960s. Heavy drug use and a failed suicide attempt during the late 1970s drove Porporpeius to confront his half-brother Neptune about his rights to the Kingdom of Atlantis. Unfortunately, Porporpeius fell off the wagon just before this confrontation and after causing a dreadful scene at Neptune's son's birthday party, Neptune decided to sever Porporpeius' head and hide his body in the darkest depths of the sea. For the past 40 years, the bodiless Porporpeius has been strung out on cheap liquor and cheaper drugs, searching every square inch of the Earth for his missing body but to no avail.
Whilst at the preview for the show, I made a film of how the mask is viewed because I couldn't do it justice with just a photograph.
The photos below are to demonstrate how amazing Felix's skills are and to help give a better impression of the depth and layering of the mask.

I'd like to say a big thank you to Ali, Valentina and Nicola at Pocko and Kit Grover for the huge amount of energy and time they put into making the show look so incredible and also, for asking me to take part in it.
Posted by Ben Newman at Friday, February 05, 2010 2 comments: