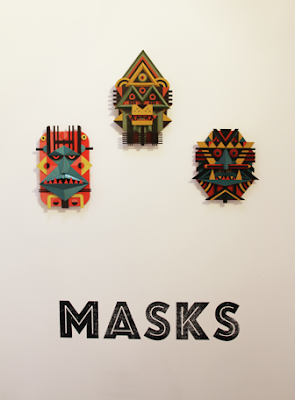 On Thursday 15th September, Masks opened to the general public and the launch night was a blast. Thank you to everyone who attended and a special thanks to Sam and Al at Nobrow for hosting the event, Adrian, James, Natasha, Ann Lou and Joe for being such stars helping me ready the show, Nick White and Laura Beckett for looking after me in their lovely home all week, Sahar Freemantle for her beautiful hats, Felt Mistress for the incredible and gigantic felt versions of Mr Fish, Taimatsu Maru and Neko Mata from the Bento Bestiary and lastly, my father, Colin Newman for the fantastic work he put into making the Masks come to life in 3D. Hopefully this is just the first of many projects with him in the future. The prints from the show are available from Nobrow. Below are some pictures from the night and some press reviews I've found from around the interwebs. 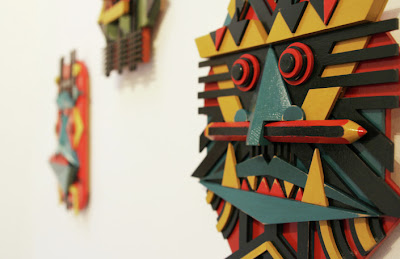 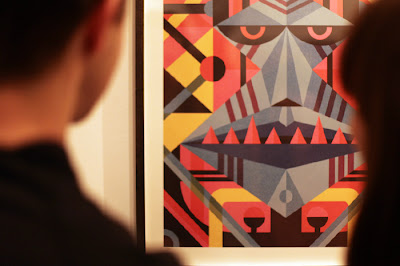 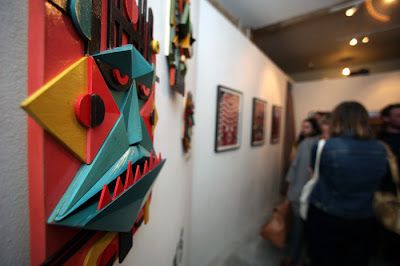 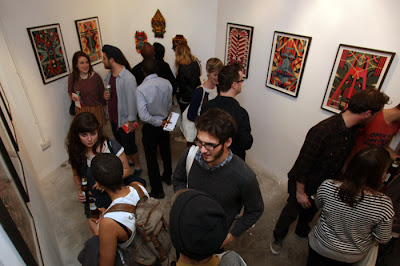 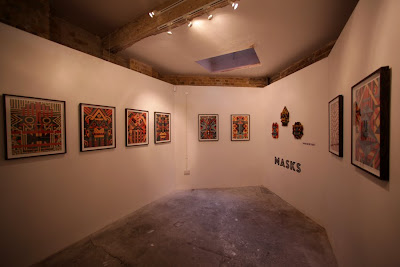 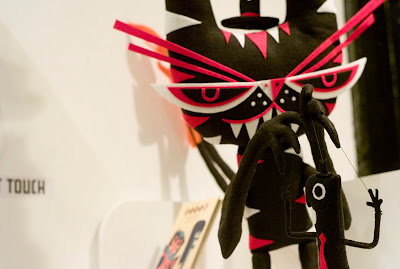 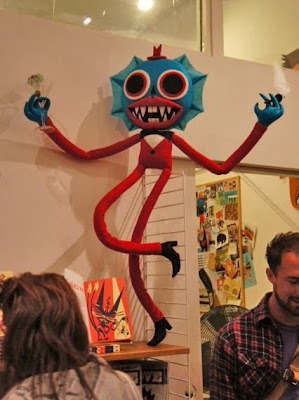 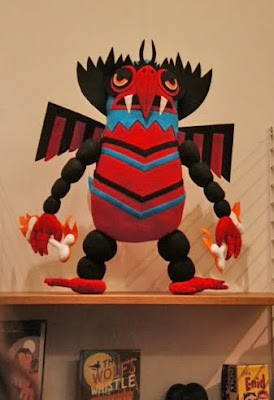 As the show is a part of the London Design Festival it has been gaining some great press. Here are some snippets and quotes.
This quote is from a blog called 'I am the Noble Savage'. I'm flattered beyond belief.
"Newman’s evocation of primitivism, however, is also layered with a retroactive sense of futuristic fascination. Weird, wily faces are composed with a repetitive mechanical energy reminiscent of Italian Futurism, the graphic rigor of Russian Constructivism and the clunky horror of nineteen-fifties American science-fiction monsters in a faded pulp comic palette. Symmetry offers no solace in these images, at once remarkable reminders of the highly organized aesthetics of the uncivilized and machined abstractions of ritualistic horror."
-Jamil, (iamthenoblesavage.com)
You can see more pictures and writings of the show on 8 and 2 (a blog by Yu Fujiwara), the Nobrow website and Its Nice That (which is where the video below comes from). Thanks to everyone for supporting the show.

LDF Special: Ben Newman from It's Nice That on Vimeo.

Life and Fate for BBC Radio 4 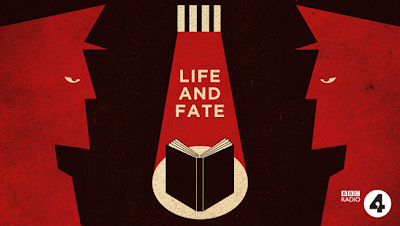 I was asked by creative agency Devilfish to create a bold, Russian-style poser to advertise the upcoming BBC Radio 4 dramatisation by Kenneth Branagh of Vasily Grossman's novel 'Life and Fate', which was so controversial at its time of publication that it was banned. Some say it was the only book to ever 'be arrested'. 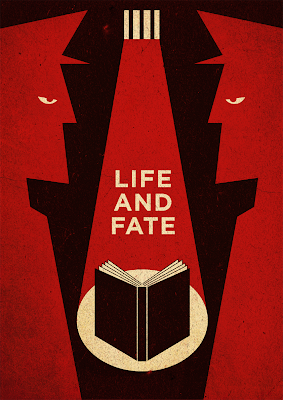 Once the poster images were designed, Devilfish approached me about the idea of creating an animation to advertise the radio show on BBC television. I suggested the fantastic Wonky Studios. I worked as character and element designer on the animation and Wonky did an amazing job of storyboarding and animating this 30 second promo, just watch the video below to see for yourself. Thanks to Devilfish and Wonky for all their hard work. It looks great! Daniel Binns was the animator on this project check out his site HERE.

During the last week of August, I was fortunate enough to be asked to fly out to Dublin and join nine other artists in the ABSOLUT VIS10NS project which was being curated by The Small Print. I was part of a team of very talented folk from a wide scope of the creative spectrum. We all had to customise an 8ft fibre glass Absolut vodka bottle each and we all had a blast. I'd like to say a huge thank you to Absolut, the fantastic Small Print crew and all the awesome creatives for making my week in Dublin so incredible. Below are some shots of my final bottle design (you can see the full set of bottles HERE on the Creative Review website). 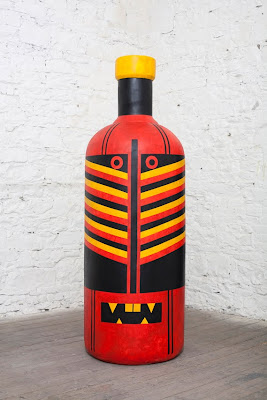 Here is a shot of me working on the bottle in the final stages. 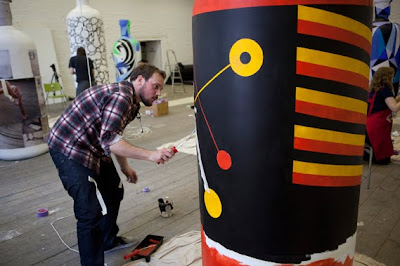 Finally, here is a great 7 minute mini-documentary about the creation of the bottles and footage from the launch night which we were all flown out to on the 7th September. FYI, I'm the one who keeps waving all the time.

ABSOLUT Vis10ns from THE SMALL PRINT on Vimeo.